Plant a tree in memory of Letha
An environmentally-friendly option 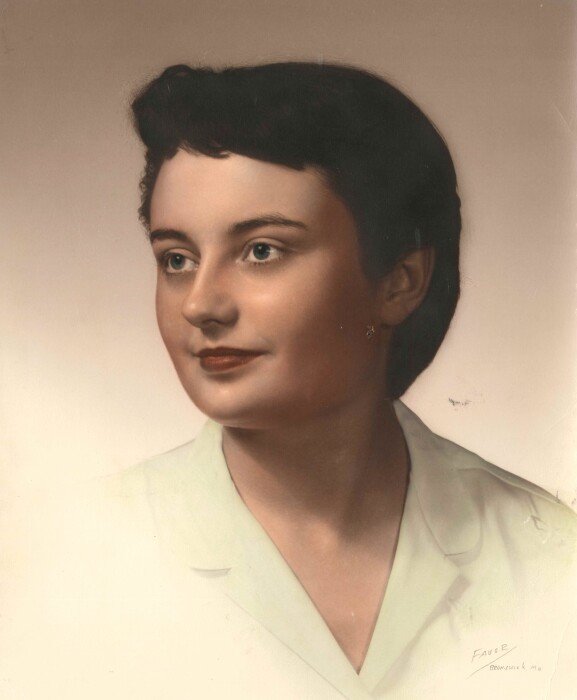 Letha Sawyer, 81, of Laughlin, Nevada and Barnet, Vermont, passed away surrounded by her family at her daughter’s home Sunday, April 18, 2021.

Letha was born on July 21, 1939 in Brunswick, Maine to Charles Frederick and Dorothy (Parsons) Owen. Letha graduated from Edward Little High School and went on to attend the Auburn Maine School of Commerce.  On August 27, 1960, she married Gerald Richards and after their divorce, Letha married Jack Sawyer. They shared 40 years together until Jack’s passing last year. Letha worked briefly at St. Johnsbury Academy and then as an Insurance Broker at The Sawyer Agency in Danville, VT. In 1986, she earned her Chartered Property Casualty Underwriter (CPCU), a distinction in which she took great pride.  After retiring from the insurance business, she enjoyed the lovely Laughlin, NV sunshine with Jack, and, among other things, she also became a proficient Blackjack dealer.

Letha loved to read and took great pleasure in her daily crossword puzzles. She enjoyed quilting and knitting-skills passed down from her mother and later passed on to her children.

She was predeceased by an infant brother Charles Owen Jr., a son William Stuart Richards, her parents C. Fred and Dorothy Owen, her ex-husband Gerald Richards, and her husband John “Jack” Sawyer.

The family will celebrate her life later in the summer.

Memories and condolences may be shared with the family online at www.saylesfh.com

Plant a tree in memory of Letha by clicking here.
To send flowers to Letha's family, please visit our floral store.

Plant a tree in memory of Letha
An environmentally-friendly option

Plant a tree in memory of Letha

1 tree planted in memory of Letha

Condolences to all for your loss.  Jack and Letha were very dear to me.  We worked together in Laughlin casinos for many years.  As an "adopted" daughter I knew how tremendous their hearts were.  I Loved them so much!  Their Love and Caring for others will be missed.  Godspeed to both...I know they are in Heaven!

Really miss Lee.  She was the kindest person that I have ever known.

I am so sorry for your loss. Letha, Jack and I shared many hours together in and outside the insurance world.  They even asked me to be their photographer for their wedding.  I vividly remember the weekend in Montreal when they acted as guides.  I will always cherish our time together.

A Memorial Tree was planted for Letha Sawyer

Plant a tree in memory of Letha